What Do Young Lips Have That Older Lips Do Not?

Home /Beauty Insider/What Do Young Lips Have That Older Lips Do Not? 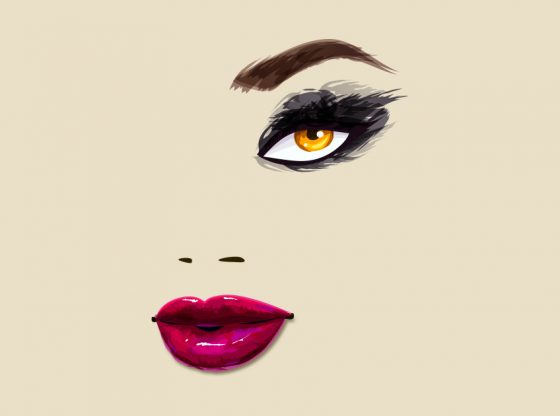 It isn’t just one thing, and no, even the best lipstick cannot mask it. Take a photo of a young person’s lips and one from a middle aged woman, and makeup or not, it is easily discernible who is the youthful one and who is the older one.

The mouth and perioral area play a primary role in emotional expression and attractiveness of the face. Unfortunately, the mechanisms of centrofacial aging are poorly understood, with doctors joining the debate of “sagging versus deflation” when it comes to aging of the lips. Thankfully, new studies have managed to shed light on how the lips age, giving aesthetic doctors new tools to rejuvenate the lips like never before.

In the new study published in the February issue of Plastic and Reconstructive Surgery®, researchers based their findings by analysing magnetic resonance imaging (MRI) scans of 200 adults: 100 women and 100 men. Participants were divided into a younger group aged 20 to 30 and an older group aged 65 to 80. Detailed measurements of the “upper lip unit” were analyzed to evaluate differences between the two groups, with an average age difference of nearly 50 years. Here are their take on how our lips really age:

Read More: How to Get Rid of Armpit Fat

So how exactly does our lips age and how can we tackle these age-related changes. Plastic surgeons have long debated whether aging of the face is related more to “deflation” or “sagging”? This new study helps settle the debate, showing significant loss of volume in the upper lip in older adults. So it is true that our lips do get smaller with age, explaining why older ladies may want to outline their lips or wear darker shades of lipsticks to highlight their diminishing assets.

Treat: Volume loss can be easily treated with fillers for the lips. Latest lip fillers such as Restylane Kysse give natural results that cab last for up to 8 months.

Read More: Get Amazing Skin with These 5 Treatments

Apart from just mere loss of volume, there are also other subtle changes that give rise to the overall appearance of an older lip. The study showed that there was a lengthening of the skin above the lip (philtrum) as well as thinning of the overall body of the lips.

Treat: Lip lift surgery involves trimming off excess skin of the upper lip with an incision at the base of the nose.

Read More: When Is the Best Time for a Facelift

The older group also had decreased soft tissue thickness of the upper lip: by about 41 percent in women and 33 percent in men. Most of the reduction in tissue thickness occurred at the “alar nasolabial fold” — the top of the lines running from the base of the nose to the corners of the lips.

Treat: Filler hydrolift uses special lifting fillers made from natural hyaluronic acid to fill out deep nasolabial lines that frame the mouth. Smoker’s lines or lipstick bleed lines can also be easily treated with a judicious dose of dilute BOTOX (so as not to affect mouth expressions) as well as tiny droplets of Revitalift fillers used to plump out the skin naturally.

The findings suggest that age-related lengthening and thinning of the upper lip represents more than just “sagging.”

“Age-related changes to the lips is a multi-factorial issue” says Dr Kenneth Lee, founder of SW1 Clinic. “It isn’t just one issue but a combination of factors, a perfect storm so to speak”. Aging in perioral area is affected by soft tissue lengthening, thinning, and volume loss, he says. In addition, it isn’t just the lips itself that ages but the area surrounding the lips that also exhibit age-related changes. For aesthetic doctors and plastic surgeons, these findings may help to inform and improve evidence-based approaches to facial rejuvenation.

5 Reasons for Not Getting a Flat Tummy
Build a Booty Worthy of a See-Through Dress With These Tips
Is There A Way To Make Surgical Scars Disappear?
Can I Trade My Pimples for Dimples Instead?
I Thought Emilia Clarke Looked Ravishing At The Emmys, But…
Bigger Is Not Always Better— The Low Down On Lip Reduction Surgery