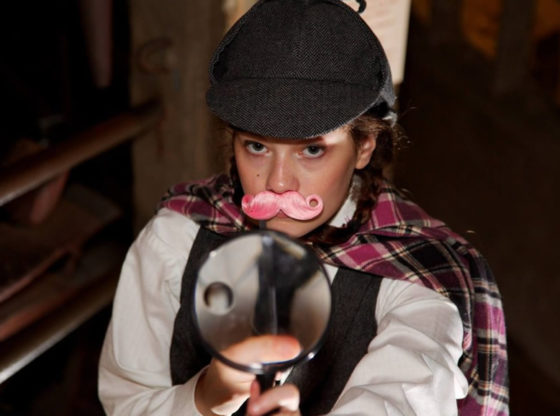 If you can lay your hands on a designer bag at a fraction of the usual cost, would you really care whether it was genuine or not? With many high street labels churning out their own interpretation, competing with attractively priced factory replicas flooding online shops, it is little wonder that one is tempted to cross over to the fashion dark side. While the biggest risk with swinging a fake arm candy is probably the potential embarrassment of being called out by your fashion-savvy frenemies, there are much bigger issues when we are talking about beauty treatments in the world of aesthetics practice.It’s not just simply a dilemma from the moral standpoint, but rather safety margin and efficacy heading a list of queries that’s on my mind. What are the differences between the real McCoy and non FDA approved parallel imports touting results with a much discounted price tag? Deal or No Deal? To help unravel the mystery, resident ReadySetBeauty writer Jennifer Hughes played “Shirley Holmes” for a day picking the brains of medical aesthetics experts from the SW1 Clinic, sussing out the truth behind the “Great Pretenders” to these “Ivy League” beauty providers.

‘’One Day You’re In & the Next Day You’re Out’’, loudly declared German supermodel/entrepreneur Heidi Klumon every single episode of “Project Runway”, season after season. Although the once hugely popular Lifetime’s signature fashion competition is well past its glory days, those words of wisdom still ring loud and clear, not just in the fickle world of fashion, but ever so in the progressively advancing field of medical technology. When it comes to spots-busting pigment lasers, those falling under the umbrella of the latest generation engaging Pico laser technology are the ones to embrace, literally “light years” ahead of NdYag Pigment Lasers, a predecessor from the previous decade.

The Discovery PICO Plus Laser is able to work in picosecond pulses, harnessing triple laser wavelengths in both pico and nano-second pulses, placing it well above its peers such as the Revlite NdYag Laser with no trouble removing stubborn pigmentation including notorious tattoo ink colours faster and more comfortably than any other technology available on the current market.Pico second pulsing enables the “PICO Dusting Effect”, which is pulverization of both superficial and deeply embedded pigments using ultra-short, pico second laser pulses to shatter unwanted pigmented particles at high pressure. For instance, this photo acoustic effect breaks tattoo inks into a fine dust cloud, with dust particles tinier than those fragmented by traditional nanosecond NdYag lasers. Pulverized pigments are absorbed much more efficiently, resulting in speedier elimination of the ink particles by the body. The ultra-short bursts also mean even lesser thermal damage to surrounding normal tissue, thus there is lesser erythema and swelling compared to its traditional counterpart, dramatically reducing the risks of PIH (Post Inflammatory Hyperpigmentation) and scarring.

“If you want to bring out the best in you, why settle for second best in life?”— Dr. Toby Hui, senior medical consultant, SW1 Clinic.

The real deal: Coolshape by Zimmer

As another paid ad flashes past while you were checking Facebook or Instagram— Fat freezing treatment offered for a steal at your local beauty parlor from $299 to $1.99 for a single trial session. Are you biting on the dangling carrot? Sounds too good to be true? It just may be.

Coolshape is an FDA-approved, non-invasive procedure to gently and effectively reduce fat in targeted areas such as the lower abdomen and love handles by employing advanced German Zimmer technology. Fat freezes at a lower temperature than skin, muscles and surrounding tissues and this is the core science behind the technology of fat freezing known medically as cryolipolysis. It sounds like a fat-busting dream comes true, but the results are real and undeniable with scientific papers to back them up. Coolshape allows us to truly sculpt a new you by targeting stubborn pockets of fats with no needles, no surgery, nor downtime with potential crippling to your normal routine of day-to-day living.

As for generic Fat Freezing treatments that are not FDA approved, they do not display the same fat busting prowess for a few reasons. The technology employed by Coolshape is by Zimmer, the premium maker that’s undeniably the “Father” of all medical cooling devices, meaning that there is no other equipment that is officially designed will likely produce results of equal footing, let only superiority. In fact, even competing CoolSculpting by Zeltig is governed by a patented cooling system designed and by Zimmer!

For generic platforms of lesser make, at the wrong temperature, a few scenarios could crop up, ranging from the minor to the major—

1) The fat simply does not break down as expected.

2) If the freezing is not done uniformly, you could end up with lumpiness over the treated areas.

3) If the temperature is colder than intended, you may suffer from cold burns of the overlying skin, a complication that has never been reported with Coolshape due to its built-in safety mechanism and rigorous testing before it was even launched for public consumption.

For these simple reasons, while Coolshape boasts a 20% to 23% reduction of fat per session, generic fat freezing treatments might not be any more effective than slapping a slab of ice on your jiggly bits.

Read More: How You Can Change Your Life in Less Than 30 Minutes

The field of non-surgical options for tissue tightening and skin lifting has expanded over the past several years, with many new devices appearing on the market that utilize radiofrequency (RF) energy to effectively tighten and rejuvenate loose and saggy skin, often hailed as a “lunchtime facelift“.

The very first and still fairly widely used device is known as the ThermaCool™, originally developed by Thermage®, Solta Medical (CA, USA), which has since expanded upon the original patented mono-polar RF technology to its current third generation incarnation; now with a new Comfort Pulse Technology™ (CPT) Thermage hand-piece that uses vibration to make the procedure even more comforting.With the new Thermage multiple-pass, lower-energy protocols as analyzed by Dover et al from over 5700 Thermage patients studied, 87% noted immediate tissue tightening, 92% had tissue tightening at 6 months and 94% of the patients felt the procedure met their expectations. With Thermage, one finds that the procedure works and continues to work well over time.

“With its extensively studied patented monopolar radiofrequency technology, Thermage is the elite FDA approved prototype device that all other subsequent RF devices are compared with and compare themselves to.”— Dr. Low Chai Ling, medical director and founder of the SW1 Clinic.

As the intensity and flavor of cocoa differ between Godiva and Cadbury, salon based radiofrequency machines or even other FDA approved RF technologies fail to replicate the excellent results achievable by Thermage, generally requiring repeated sessions done at close intervals with variable outcome.Millions were poured in to develop the unique cooling system of Thermage which allows the dermis to be heated up quickly to a temperature that causes collagen remodeling and regeneration while sparing the surface skin, hence greatly reducing the risk of heat injury. The lack of a reliable cooling mechanism in radiofrequency machines of lesser make brings about a higher risk of burn, blistering and possible skin infection leading to disfiguring scars.

The faker: Salon based IPL

There’s a huge and lucrative market out there when it comes to hair removal and it’s hard not to be swayed by the onslaught of unbelievably good deals and treatment packages offered. However, one should not be misled by false advertising and services that over-promise, one of the commonest being labelling IPL as laser treatment for hair removal.

“To set the record straight, IPL, also known as Intense Pulsed Light, utilizes light of varying wavelengths and is not a type of laser energy. In the hands of providers who are not medically trained without a sound knowledge of skin type and hair, IPL are at best, “Jack of all trades but master of none.”— Dr. Kenneth Lee, aesthetics physician and medical director from the SW1 Clinic.

Conversely, when adjusted to the correct settings by medically trained professionals, laser energies such as those emitted by the Soprano ICE Permanent Hair Removals Laser system are tailored to address your hairy woes specifically. While the efficacy of IPL as a hair removal tool is severely limited by skin tone, with the risk of burn and potential permanent scarring increasing exponentially with darker skin color, the Soprano ICE system is a total game-changer that can be used to treat both lighter and darker skinned individuals without a glitch. Besides safety and versatility, laser hair removal have been shown to garner better results that are more predictable and longer lasting.

Read More: 5 Weight Gainers to Watch Out For

Over the last few years, laser light therapy has gained momentum as a modality in the effective treatment of hair loss. The FDA approved Revage 670 Laser is widely recognized as the gold standard to rejuvenate thinning hairlines and promotes healthy hair growth.Studies have shown that Revage produces an 85% success rate in halting hair loss with an almost 40% of increased fullness reported, making this not just a treatment that targets current hair thinning but is also useful in the prevention of further hair loss.Revage boasts a total of 30 laser diodes, providing critical coherent beams as a direct source of laser light in a hood that goes over the scalp to ensure maximum laser energy contact with the areas to be treated.

With its Rotational PhotoTherapy (RPT) system, this system maximizes stimulation of each hair follicle at a much higher level than that provided by traditional hand-held lasers that do not bear the stamp of approval from the relevant experts and board of authority. Consequently, we can’t expect them to achieve results that are consistent or comparable with those obtained from studies based on subjects treated with Revage.

“Bargains are enticing but if safety and efficacy are being compromised with pennies pinched, you may be draining pockets with false hopes and tend to have more to lose at the end of the day.”  — Dr. Chua Han Boon, senior medical consultant and hair specialist from the SW1 Clinic.

Read More: 3 Beauty Treatments that Truly Make a Difference After 30

5 Ways to Tackle Stubborn Zits
Why Probiotics Skincare Is All You’ll Need
The Importance of First Impressions, and How to Make it Last.
My Face Mask Gave Me Rashes - And I Think I'm Not the Only One Too.
5 Weight Gainers to Watch Out for
5 Tips to Nurse a Sunburn